I just lost my best friend.

My sweet Nicholas died yesterday, July 12, 2011, and I am beside myself with sadness. This amazing pup wandered into my life back in November of 2000. It was my first year of teaching and I taught in South Fort Worth in a low income neighborhood. Stray dogs were commonplace. Nicholas wandered up to the school yard one day and the custodian had put him in a little chain link fence until he could call animal control. I told him not to call them, that I was going to take him home with me. So, he let him out and Nicholas got to spend the rest of the afternoon in my classroom with my students and I.


Since it was November, and not far away from the Christmas season I named him Nicholas, after St. Nicholas. It suited him and from this name we derived many, many nicknames. Among them were:
Nicky, Nicky-noodle, Nicky-loo, Noodle-butt, Nicky-doodle, Doodle-butt, Fatty, Sir Eats-a-lot, Chunky, Lovey, Tooter, Toots... Nicholas was always a trouble maker. He and Sampson were partners in crime as pups. They ate cabinet doors, tore up carpet, chewed on furniture, and destroyed anything within reach on the tops of counters. I spent hundreds of dollars on trying to get him trained when he was young.. and well it never worked. He eventually grew out of his hyper puppy mischievousness and settled in to his middle aged trouble-making. He had talents. He could sit, shake, lay down, roll over, bark, and be quiet. But, most noteworthy of his talents was probably his ability to open the trash compactor. He figured out how to step on the pedal (which pops it open a little), and then he would use his paw to pull it out on the side so he could dig in. He has made some unreal messes. Seriously.

This is the clothes drying rack that we put in front of the baby gate, since he jumped the gates (that were put in to keep him out, not the kids..). It was obviously NO match for him. He did this a year and a half ago... he took this trash can- emptying, counter top clearing, and cabinet re-arranging business VERY seriously as you can see.  Everything on the floor was pulled out of the trash compactor- you can see it there in the far right upper corner. Wouldn't you love to come home to this? 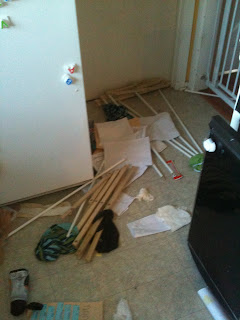 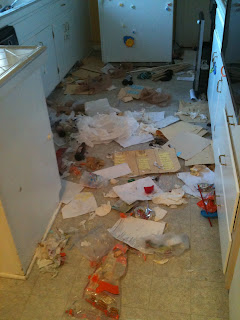 He was such a smart dog. He always knew what he was doing and that he shouldn't do it, but to him it was worth it! 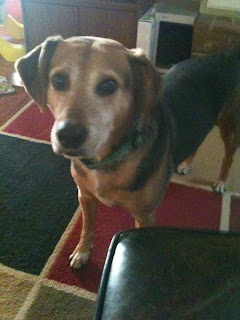 This is the living room floor. Everything in here was carried (in, his mouth, I'm assuming) over the baby gate and into the living room where he tore it up and chewed on it. By the way, all Tupperware you see was inside of a closed cabinet when we left 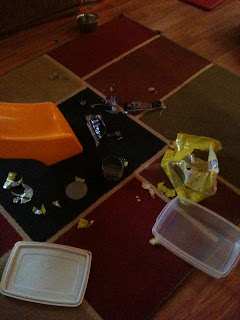 He ate a bag of chocolates and we had to feed him peroxide to make him throw up. AWFUL, but at least he wasn't poisoned. He's had garbage gut more times than I can imagine. I'm not sure if this comes from him spending his first few months of life on the streets and eating whatever he could scrounge up, or him just being gluttonous. 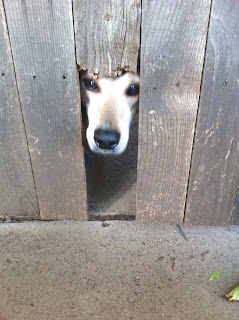 Since he played hard, he also rested hard. As he got older he loved sleeping even more. His favorite spot was at the foot of our bed, or curled up in my closet. He was an integral factor in helping us get Brooke out of our bed and into her big girl bed (just a few weeks ago). She was comforted in knowing that Nicky was sleeping on the bed with her, and he loved being able to. *tear* 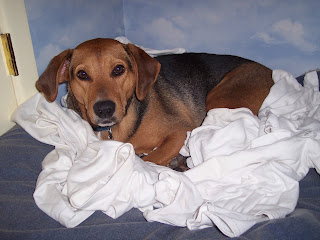 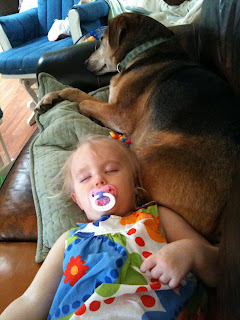 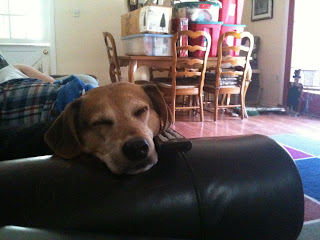 Even though he was ON the couch, he often preferred more cushion and would plant himself on top of pillows, on the couch.... 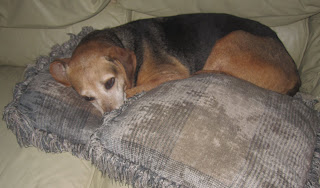 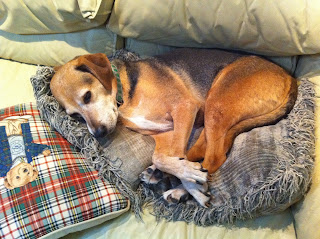 Most of the time when the kids nap and I get to go into my sewing/craft room, he would come in there and keep me company. He usually would just go in there to sleep, but he wanted to be near me. I haven't gone in there to work since he's passed, and the thought of it brings me to tears. I will miss having my silent buddy in there with me while I work away. 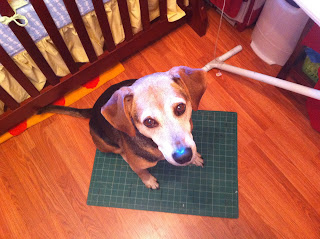 Nicholas was such a patient pal. He would let the kids lay on him, hug on him, tug on him, and even try to ride him. Brooke was always very gentle, but Benjamin has been a little more rambunctious and Nicholas has taken it in stride. I'm so sad that Benjamin can't walk over to him and give him his big bear hug or lay his head on him and look up at me with his big eyes. The kids LOVE Nicholas and I'm so glad I have pictures to show them when they are older of their beloved furry friend. 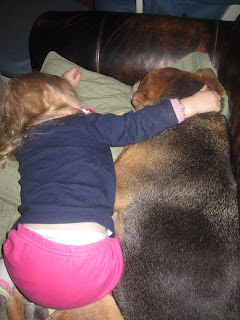 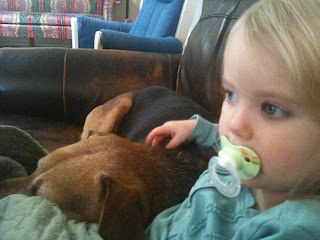 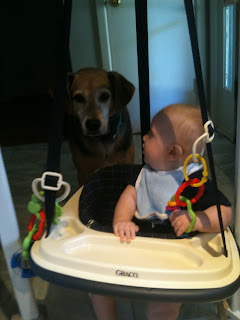 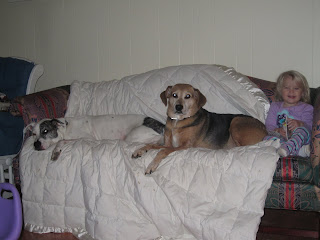 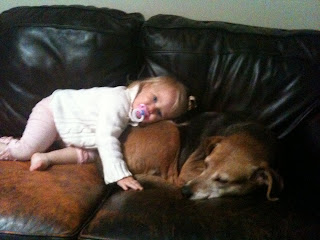 Brooke wanted to put the slippers on Nicky's feet to "keep them warm". 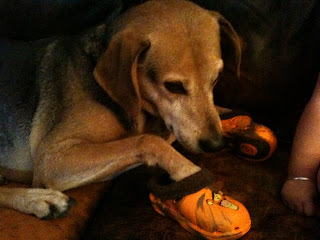 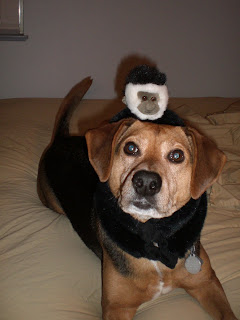 Benjamin. was. here. (and left his blanket as a calling card!) 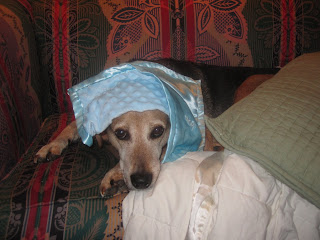 Nicky was trying to get some time away from the toddler chaos... but Benjamin found him and had to give him a hug, as he always loved doing.