A is for adoption.

I've been wanting to write about recent events in my life, but have struggled with what exactly to say. I have written this post in my head a few times, and I'm sure that my final, published post will be nothing like the ones I drafted in my head all those nights before drifting off to sleep. But.. here goes!...

I am adopted. I was adopted by my amazing parents straight from the hospital back in September of 1977. Growing up, I always knew I was adopted. There wasn't a pivotal moment or time where I remember my parents telling me the news... I just always knew. I do remember that we had a book called Why Was I Adopted that I read when I was growing up. It taught me that sometimes the person that gives birth to you isn't who you are with now and that I was wanted by my adoptive family very, very much. 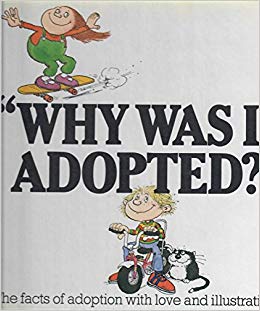 We also had another book from the same author called, Where Did I Come From? and I think I'm still scarred from seeing some of the illustrations at a young age, but I digress...

Being adopted was something I was proud of. I felt lucky! My brother was also adopted (from a different family) and he had different feelings about it. I remember him not wanting people to know and I didn't understand that. I freely told people if it came up, and laughed when they would respond with, "No you're not!". There was never a time where I felt like I was missing something and I've never had that feeling of being incomplete not knowing who "she" was. The common thought I had growing up has always been, "If I ever meet her, I just want to thank her for giving me up because I have had such a blessed life". My mom gave me a file when I was a little older that had my birth mom's name, a photograph of her, and a few birth/adoption documents. Occasionally through the years I'd google her name, but I never came up with anything. This past Mother's day, my mom gave me a DNA test kit and encouraged me to send it in to see what I could find. I went ahead and did it, more out of curiosity than anything else. I was chatting with a group of friends on messenger and mentioned this to them. We are a bunch of keyboard detectives and we all went to work to see what, if anything, we could find on our own while I waited several weeks for the results from the kit. Well, lo and behold, one of my friends found the obituary of her mother. I then started Googling and searching names of survivors and found out that the name I'd been searching over the years was different.... no wonder I never found anything! So, now we had a different variation of the first name and a different last name.... and I found her!

I had also been contacted by an adoption "angel" from a group I had just joined who offered her time and resources to help me navigate this process. She has helped many other adoptees decipher their DNA results and find information on relatives, etc. I sent her all I had in my file and she went to work too... she found an email address for my bio mom. She also found out that I have a half brother!!

At age 40, I just found out that I have another brother!! Wow!

I'm a very impulsive and admittedly impatient person. I felt like I had to email her. Good or bad, I just wanted to go ahead and do it. So, I did. I've always been a "take the bull by the horns" kind of a person. Can I just say that drafting an email to a woman who had you when she was 18, left you at the hospital for your adoptive parents... and you are now 40.... is high on the awkward scale. I didn't know how to start or what to say, but I managed. I said that I didn't expect, nor was I hoping for, a relationship with her, but just that I had wanted to say thank you. I thanked her for selflessly giving me up and affording me a better chance in this world. I also asked for any medical history she could share since I've already had thyroid cancer and two of my kiddos suffer from severe food allergies and asthma. It sure would be nice to be able to know what "runs in the family,  so to speak, and not have to just write ADOPTED across every medical history form like I've done all of my life. I clicked "send"... and waited. I am terrible about checking my emails.. but Lordy.... I was obsessed with checking them for hours to see if she had responded. Several hours later I got a reply... "Please do not reach out to my family". Whomp, Whomp, Whomp... SUCH a let down. I was pissed and my first thought was, "You don't get to tell me what to do". But, I was also sympathetic. After all, I don't think she had woken up that day and expected to receive an email from a child she gave up four decades earlier. I thought maybe she needed time to process everything.  It was out of nowhere and I'm sure she was reeling.

Remember that "angel" that was helping me? She had discovered that she had some mutual friends in common with my bio brother and she reached out to one of them. The mutual friend was open and encouraged her to reach out to my brother..... I wasn't sure how that would go and was nervoucited! The next morning I received another email from my bio mom..... and it was awful. She used words like "very unhappy", "barged in", "horrible", and said that I ruined her life again. She expressed that she had nothing she wanted to share with me regarding medical or family history, said that I was not a part of her family, was not welcome in her life, and told me to go away. Fair enough. Personally, I think she could have conveyed not wanting to go down this path in a more kind manner, but that's just me. As crappy as her reply to me was, I was not heartbroken or anything. These are words from a stranger and I just let them go. I've replied to her MANY MANY times in my head, but haven't sent an actual reply. I probably never will, but suffice to say.... I don't think she's a good person. Like at all. It has certainly made me appreciate my parents even more and brought my mom and I closer. Her loss and that chapter is closed..... but a new one has just opened and it's amazing! I hope she finds peace in her life.

A couple hours after that email, I received a message on Facebook from my half brother (same mom)! He had reached out to me saying he thought I was looking for him or his mother. I responded saying that I had "found" her and it didn't go well. I apologized for causing any trouble and said that I was mostly just looking for any medical history. I also asked if he knew about me. He hadn't until that morning apparently. He said he would talk with me after some meetings and was willing to let me know anything that may be helpful to me. I was a ball of excited and nervous energy! I haven't looked forward to a phone call so much in years! My friend and I kept texting and checking in... I was afraid I was getting all excited and would end up being disappointed. I thought he'd change his mind and wouldn't call. I tried to tell myself I would be ok if he didn't call, and that it didn't matter. But it did matter. And I would have been totally bummed out. He called! We talked for about 45 minutes. To be honest the conversation is a bit of a blur. I'm sure I talked too much and maybe said too much.. I'm an "over sharer" and I for sure have mastered the art of talking (interrupting others when they are talking... oops!). My heart was racing the whole time. It was WEIRD!! I have a new brother, he wants to get to know me, and he's awesome. Like I don't think I could have picked a cooler person to all of a sudden be in my life. He was very open and honest. He gave me some very beneficial medical history that I can now take to my doctor and update my charts. The conversation was very natural and felt safe. After we hung up I just sat and smiled. I teared up a bit... I was just so genuinely happy and overwhelmed with so many different emotions.

Not long after he asked if I would send him the picture I had of his mom. I sent it to him. It is an old Polaroid and I was in her belly in the picture. That was definitely weird for him; he grew up thinking he was the only one. I had been looking at his public FB pictures and just couldn't even believe what I was seeing. Someone who looked like me. We have so many similar features from the "healthy" eyebrows to the widow's peak. Growing up, my adoptive brother had white blonde hair, fair skin, freckles, and blue eyes. I had dark brown hair, olive skin, and hazel eyes. There was a baby picture of my biological brother that I saw too and my jaw dropped. I have a picture of me around the same age and we could have been twins. So. Crazy.

Since that initial phone call, we have texted back and forth and have talked on the phone again. I've been in touch with his super sweet wife and his (my!) cousin also reached out to me and we messaged back and forth one night. It is so nice finding out that my brother and some other family members are accepting me and open to getting to know me. I never in a million years even considered this part of it. Like I said before, the thought of any family beyond a bio mom hadn't really crossed my mind. I feel like I'm on a new adventure and it's exciting! I love that there's people who do want to get to know me and meet me! There's been so many emotions over these last few weeks. I find myself thinking about these new people in my life so often. I ponder so many things and wonder if they think about me too. I'm super excited to see where this all ends up! 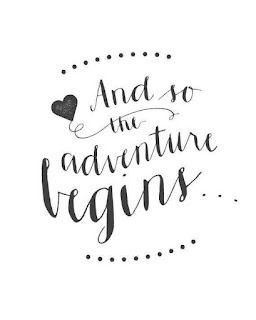 Posted by NaptimeCraftMommy at 10:01 PM No comments: Links to this post