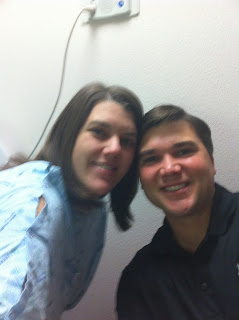 This is me before they put me on the bed.. and before the tears began! 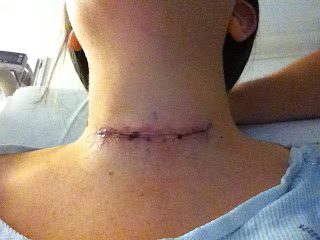 My gory neck. Frankenstein much? 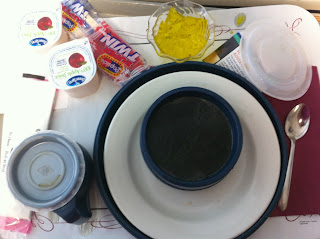 This was breakfast on day 2. That dark liquid is BEEF broth. BREAKFAST people!! All I ate from this tray was the apple juice and half of the popsicle. 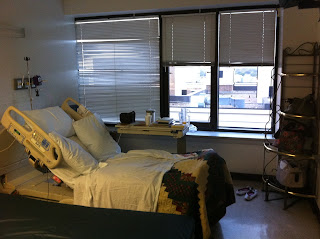 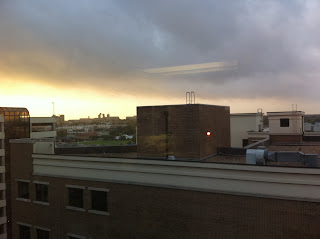 My view of downtown Fort Worth. 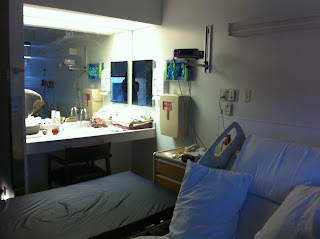 The cot that my dear husband slept on each night. It was so awesome that he stayed with me. 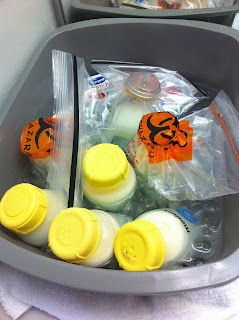 I had to pump and dump the first 24 hours. After that I was able to save the milk, but I ran out of lids! So.... I asked for baggies and rubber bands from the nurse. All they had were biohazard specimen bags! 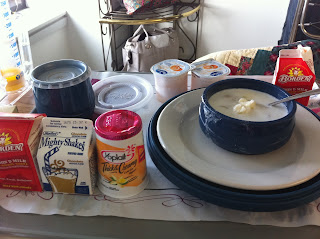 Breakfast day 3. They had me on a HIGH calcium diet once they moved me to "full liquids" after the clear liquid diet. I see a theme on this tray! Good thing I'm not lactose intolerant (but I don't like milk!). 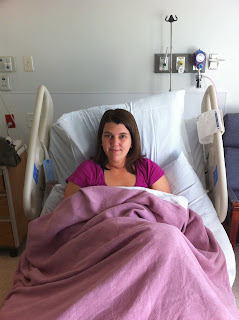 Yucky picture of the patient (I've lost almost 10lbs since then!). 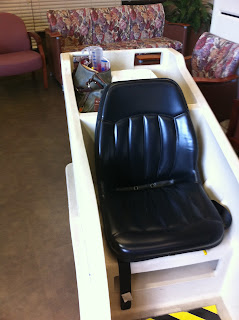 My "ride" out of the hospital! What is this thing and what happened to wheel chairs? It was actually pretty cool though b/c it held all of your bags and belongings! 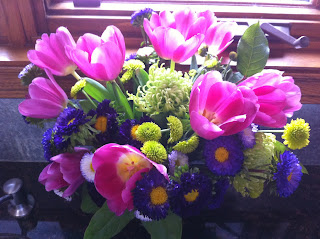 Gorgeous flowers from my little brother and sister in law!

That's right. Survivor. You can't beat me.
Posted by NaptimeCraftMommy at 7:36 PM 6 comments: Links to this post